Yes, you could just go to Cinnabon.

You could make this Cinnamon Blossom, today, and a second batch tomorrow.

Weeks ago I saw an amazing bread design.  It intrigued me so much that I began looking at other decorative bread designs and learned the Russians know how to make bread look amazing!

Here’s the one that got me started.

It’s a simple poppy seed bread. But isn’t it amazing?

I’ve been dying for a day to attempt it with cinnamon rolls dough.  I wondered if my usual buttery filling would work or just melt into a mess.

Thanksgiving with extended family is my perfect excuse. The dough recipe makes a double batch, one for my family and another one for Thanksgiving dessert.

A simple egg wash and some sparkling sugar for looks at the end of baking is all this Cinnamon Blossom needs. 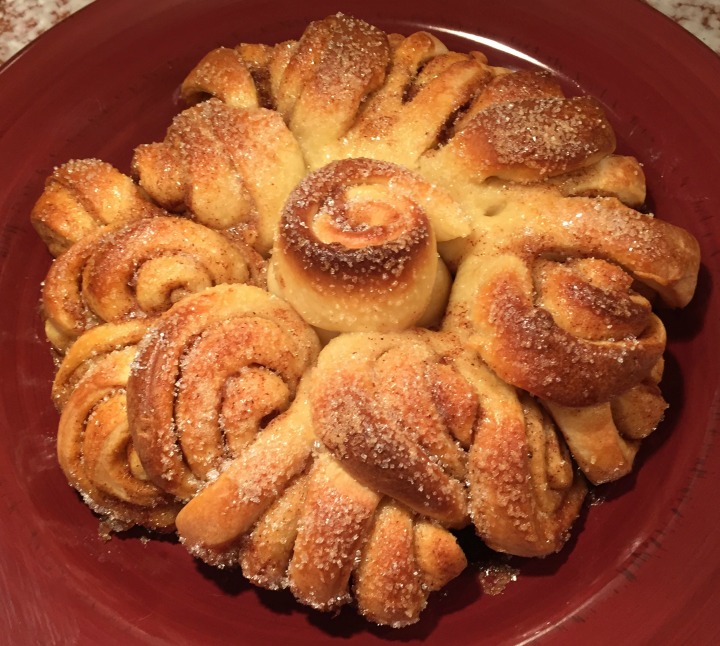 But a little Cream Cheese Frosting on the side for dipping makes these extra special.

One thought on “Cinnamon Blossom”

This site uses Akismet to reduce spam. Learn how your comment data is processed.